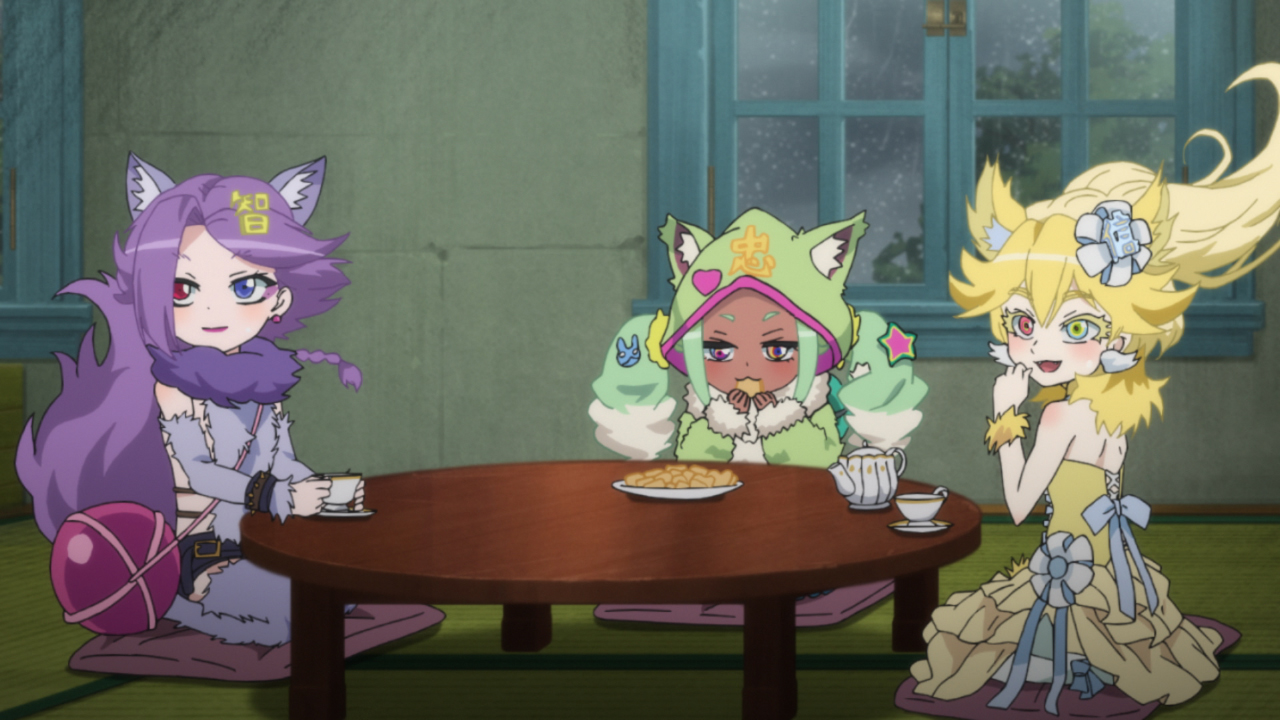 PONCOTAN began as a studio established for the purpose of producing Takashi Murakami’s animated TV series project, 6HP (Six Heart Princesses). 6HP is a majokko (magical girl/princess genre) anime. It started as a short 5-minute animated film titled Six ♡ Princess shown at Murakami’s solo exhibition at the Palace of Versailles in 2010. The following year, in 2011, a studio was established in Sapporo, Hokkaido, a hometown of mebae, the character designer. The 6HP project has since moved forward steadily: In the summer of 2013 the studio released a pilot promotional video created entirely with 3D graphics, and that winter produced a music video for a cosmetics line developed in collaboration with the cosmetics company Shu Uemura.

Unfortunately, however, the production of the animated TV series, the original purpose for which the studio was created, ran into difficulties...

We have tried a variety of techniques, from 2D animation to full 3D animation, but it has been five years since the Sapporo studio opened and we still have little to show for it. During that time, we established a VFX studio in the Motoazabu neighborhood in Tokyo in 2014 for creating computer graphics and visual effects for live-action movies. The new studio honed its 3D computer graphic skills creating the computer graphics for the Jellyfish Eyes film series directed by Murakami.

Then in 2016, following a series of ups and downs, we finally managed to get 6HP aired on TV with the opening of our Nakano studio.

Now is the time PONCOTAN’s worth will truly be tested. Stay tuned for what PONCOTAN has in store with the 6HP project and more!

September
Murakami exhibits majokko-themed work at the exhibition Pop Life: Art in a Material World.2010September
Murakami shows the short film Six ♡ Princess at his solo exhibition at the Palace of Versailles.2011April
Studio PONCOTAN is established in Sapporo. Production begins on the 6HP TV series.2013